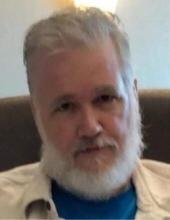 Harold Michael “Hal” Donley, 62, of Strasburg, Missouri, was born, March 6, 1958, in Bedford, Ohio, the son of Richard A. and Lucille (Nakoneczny) Donley. He departed this life, Monday September 28, 2020, at the Lee’s Summit Medical Center.

Hal was a 1976 graduate of Pymatuning Valley High School in Andover, Ohio, later earning his Bachelor’s degree from the Kent State University.

On September 27, 2003, he was united in marriage to Megan L. Owen in Williamsfield, Ohio.

Hal was employed as a Mechanical Engineer for the Har-Mar Corporation in Greenwood, Missouri. He loved watching documentaries, wood working, working on old cars and was currently in the process of restoring a 1964 Studebaker. Hal also loved science fiction and sci-fi design. He continued working on his designs, drawing in his notebook, the week leading up to his death.

Hal was preceded in death by his mother Lucille and one brother, Edward Donley.

He is survived by his wife Megan of the home; two daughters, Katie (and Tim) Hawthorne of Blue Springs, Missouri, and Kerra Donley of the home; one son Dustin (and Samantha) DeVaul of Ravenna, Ohio; three grandchildren, Harold Hawthorne, Trystian DeVaul, and Dakota DeVaul; his father, Richard of Holden, Missouri; two brothers, Roger (and Belinda) Donley of Overland Park, Kansas, and Arthur (and Sherry) Donley of Mansfield, Ohio; two sisters, Melinda Schumacher of Powell, Ohio, and Ellen (and Patrick Fisher) Donley of South Euclid, Ohio; other relatives and friends.

Cremation is to be accorded following the visitation. Inurnment will be in the Strasburg Cemetery at a later date.

Memorial contributions are suggested to the Pleasant Hill Lay Clergy Love Fund and may be sent in care of the funeral home.