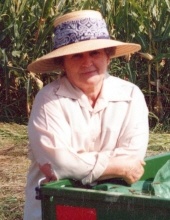 Helen Hope Gentry, 98, of Pleasant Hill, was born, Tuesday, November 8, 1921, on her family farm near Pleasant Hill, the daughter of Lawrence A. and Fannie M. (Preston) Bockenstette. She departed this Saturday, November 30, 2019, at the Crown Care Center in Harrisonville, Missouri.

Helen Hope was a 1939 Pleasant Hill High School graduate; she furthered her education in college and earning her Teaching Certificate.

On March 15, 1941, she was united in marriage to Lawrence E. Gentry in Pleasant Hill; to this union two children, John and Mary were born.

Helen Hope was first employed as a teacher for several area rural schools. Later she became an Accredited Record Technician (ART) retiring from St. Joseph Hospital in Kansas City. She has also served as a Red Cross Home Health Nurse Instructor. She had been very active with the local 4-H Clubs as well as the Twenty Friends Study Club and Plum Grove Extension Club. She enjoyed reminiscing, telling stories of the past, and was an avid reader.

Helen Hope was preceded in death by her parents; her husband Lawrence on June 29, 1967; one grandson, Troy Dinges; and one sister, Zelma Burris.

She is survived by her son and daughter-in-law, John and Judith Gentry of Pleasant Hill; her daughter, Mary Elliott (and Jaime Brass) of Flemington, Missouri; two grandchildren, Megan (and Jeff) Rallis of Ozark, Missouri, and Ronnie (and Erika) Hayes of Kansas City; two great grandchildren, Maddox Rallis of Ozark, and Jordan Hayes, and step great grandchildren Jessica Clarke and Joey Langley , all of Kansas City; other relative and friends.

Private burial will be in the Springfield National Cemetery at a later date.