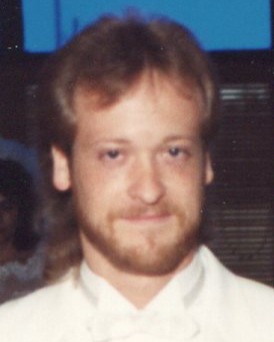 Jack Wayne Galloway was born on February 9, 1967; the 7th child of Betty and Sherman Galloway.
He graduated from Martin Luther Preparatory School in Prairie du Chien, WI in 1985.  Jack was an artist, a poet, a Christian and a journeyman carpenter. He loved a perfectly coped corner, rocking out, and his family, especially his daughter Aubrey, (even if he sometimes struggled with the best ways to show it). A reader of Latin, Greek, German and Quenya, he was a man who would have liked the world to be a little more like Rivendell, or maybe even Waterdeep. There was no firework he would not blow up, no Rush song he didn’t sing, no Monty Python skit he couldn't quote. He wrestled with the fire that tried to take his baby sister, the stroke that threatened his mother, and his personal demons.
Jack is survived by his daughter Aubrey Galloway, mother, Betty Galloway, siblings Sherman (Leslie) Galloway, Jr., Carl (Shelly) Galloway, Ronny (Teresa) Galloway, Larry (Patty) Galloway, Brenda (Tim) Conway, Tami (Jerry) Ford, Sean (Amy) Galloway, Travis (Kim) Galloway and Amy (Matthew) Galloway and numerous nieces, nephews, cousins and friends.
He was preceded in death by his father Sherman Galloway Sr. and sister-in-law Michele Galloway. He was deeply loved and will be missed.

Funeral services will be 2:00 p.m., Thursday, October 27, 2022 at Our Savior Lutheran Church, Harrisonville, Missouri with burial in the Wills Cemetery, Peculiar, Missouri.

To order memorial trees or send flowers to the family in memory of Jack Wayne Galloway, please visit our flower store.