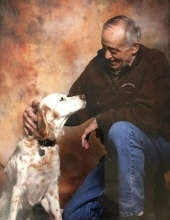 Jim was born June 28, 1939 in Pleasant Hill, MO. He graduated from Pleasant Hill Highschool
and went on to earn a B.S. of Economics at Missouri Valley College. Jim joined the US Navy in
1959 and was stationed in Norfolk, VA. He was in aviation, and was so proud of the plane he
flew, the Lockheed P2V Neptune, which was used for maritime surveillance and sub-hunting.
He retired from the Navy in 1963, but stayed active in Naval reserves. He considered joining
the Navy his great privilege , and he always said, “ Serving your country should never feel like a
responsibility, it should be revered as an honor.”

Jim married his beautiful wife, Mary Louise Hallar on June 21, 1963 in Latour, MO. They shared
a love of family, community, church fellowship, dancing and bridge. They had four daughters
that they considered their biggest accomplishment in life. They were married for 39 years, until
her death November 9, 2002. Jim was lucky enough to find true love twice and married
Glendia Hatton-Hayes on July 24, 2005. They shared a passion for cooking, sports cars, the
ocean, business and their sweet dog, Mitzi.

Jim spent most of his career in banking and finance, and was placed on many executive boards
throughout the country. After retiring from banking in 1994, he moved to Harrisonville, MO
where he started a Private Investigating Firm. He was a proud member of the National
Association of Legal Investigators ( NALI). He was certainly a jack of all trades, and later went
on to become an Arbitrator for FINRA, specializing in Securities disputes. However, we hope
that he will most be remembered for his servant's heart. Jim always felt called to be an
advocate for those that could not help themselves. He was passionate about helping the
homeless population, and believed that it was part of his godly responsibility to hold cities
accountable to providing care. Jim was instrumental in developing a 501(c)(3) non-profit
organization, New Day Maryland, and served as VP from 2016-2019, when he moved to
Beaufort, SC. Most recently, he spearheaded a group of businesses, churches and the
community to help rebuild a home for a neighbor that was struggling in their community. He
said that the relationships he made working on this project truly changed his life, and renewed
his faith in humanity.

Jim was certainly not a man that wanted “acquaintances” in his life. He forged relationships that
were sincere,deep,enriching and long lasting. He loved spending time with his “coffee buds”,
and had incredible groups in every city he lived. Jim loved fiercely and treasured these
friendships greatly; you became brothers, sons, uncles and mentors to him.
Jim was a true outdoorsman and enjoyed spending time with his son-in-laws and his
grandchildren out in nature. Whether he was dropping a line in a neighbor's pond, fishing the
great lakes, deep sea fishing with friends, hunting birds or just sitting around the deer camp fire,
you could be assured there were tall tales being spun, good food being served and lots and lots
of laughter being shared. He was loved by many and will be missed by all that were lucky
enough to have known him.

In lieu of flowers, the family requests that contributions be made to: New Day Maryland, 329
Prince George St. Laurel, MD 20707.

Please sign the guestbook and share your favorite memory of Jim for the family.
To order memorial trees or send flowers to the family in memory of James A. "Jim" Hayes, please visit our flower store.