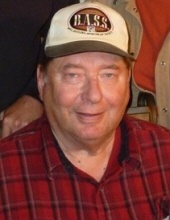 James Robert (Bob) Ely, Jr. went to be with Jesus and his heavenly hosts on May 9, 2020. He was born in Kansas City, KS on March 21, 1940 to James Robert (Bob) Ely Sr. and Lillian L. (Kunkle) Ely. He lived most of his life in Harrisonville, MO. He met and married the love of his life, Margeret I. (Goodlett) Ely in 1961, and they raised three children Tim Ely, Julie Call, and Shelly Hulsey. Bob was a member of First Baptist Church of East Lynne, MO for his entire adulthood, where he served as a deacon and Sunday school teacher.

Bob was a strong, faithful, and hard working husband, father, and friend. He worked as a farmer for many years, raising cattle, hogs and many acres of crops on their family farm. He was also a full-time tool and dye maker for Bendix for 28 years, days he spoke fondly of for decades after his retirement. He was most happy spending time with Margeret, enjoying his beautiful family, his farm, church activities, and watching movies and Chiefs football. The unconditional love that Bob and Margeret shared was a special legacy for their children, grandchildren, and great-granddaughter to witness.

Cremation with no services scheduled at this time.

Funeral arrangements are under the direction of the Dickey Funeral Home, Harrisonville, Missouri.
To order memorial trees or send flowers to the family in memory of James "Bob" Robert Ely Jr., please visit our flower store.