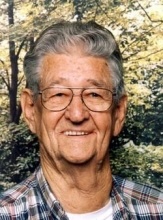 James “Jim” Marshell Downing, of Harrisonville, Missouri, was born August 4, 1939 in Deepwater, Missouri the son of Charles Albert and Lena Cecil (Ferguson) Downing. He departed this life on Tuesday, May 3, 2022 at Research Medical Center, Kansas City, Missouri at the age of 82 years, 8 months and 29 days.

On July 8, 1967, Jim was united in marriage to Jacqueline “Jackie” Rae Grife in Raytown, Missouri.

Jim was employed at General Motors Leed’s Plant, Kansas City, Missouri until his retirement in 1991 and was a member of the United Auto Workers Union Local #93, Kansas City. After his retirement, he was employed part time with Twin Pines Country Club, Harrisonville and the Courtyard by Marriott, Overland Park, Kansas. Jim was an Army veteran of the Vietnam War and a member of the American Legion Post #42, Harrisonville. He was a member of the First Baptist Church, Harrisonville where he enjoyed the men’s group. Jim and Jackie loved to travel and had been to German, Paris, Switzerland, all 50 states and going to Branson to see the many shows. His favorite place to go was San Diego, California. Jim loved living on the farm for 47 years taking care of his cows and property.

Besides his parents, he was preceded in death by a brother-in-law, David Fetters.

Funeral service will be 11:30 a.m., Wednesday, May 11, 2022 at the First Baptist Church, 504 W. Wall Street, Harrisonville, Missouri. Burial will be in the Orient Cemetery with Military Honors.

Family suggests memorial contributions may be made to Crossroads Hospice.

To order memorial trees or send flowers to the family in memory of James "Jim" M. Downing, please visit our flower store.