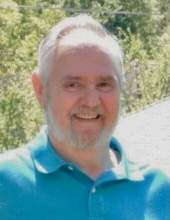 On November 3, 1984 Jim was united in marriage to Jennifer Louise Lee in Kansas City, Missouri.

Jim was employed as a mechanic for Bayer Chemical in Kansas City, Missouri until his retirement in July of 1986. He was baptized in 1986 and was a member of Bethel Baptist Church, Kansas City, Missouri. He served as a volunteer fire fighter and had lived in Garden City and Harrisonville before moving to Kansas City. Jim loved to talk, never knew a stranger and was the noisy neighbor in the neighborhood. He took great care of his lawn and cars.

Besides his parents, Jim was preceded in death by his son, James Michael “Mike” Dorgan on June 17, 1997.

Funeral services will be 2:00 p.m. Thursday, January 27, 2022 at the Dickey Funeral Home, Harrisonville, Missouri with burial in the Orient Cemetery, Harrisonville.

Family suggests memorial contributions may be made to St. Jude Children's Hospital and may be left at the funeral home.

Funeral arrangements are under the direction of the Dickey Funeral Home, Harrisonville, Missouri.
To order memorial trees or send flowers to the family in memory of James "Jim" R. Dorgan, please visit our flower store.