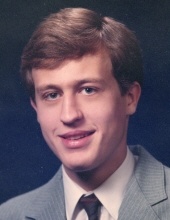 James graduated high school in 1988 from Garden City Training Center, Garden City, Missouri. He attended Central Bible College in Springfield, Missouri from 1988-1989. James had a passion for collecting rare coins and currencies and was an active member of the Cass County Numismatic Society.

James was preceded in death by his mother, Hannah Kathleen Nash; his nieces, Savannah Deann Nash and Jubilee Gibler and by his nephew, Jack Charles Nash.

Family suggests memorial contributions may be made to Ascend Hospice.
To order memorial trees or send flowers to the family in memory of James Madison Nash, please visit our flower store.