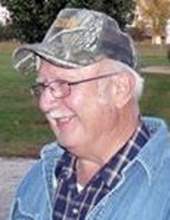 James Robert “Bob” Foote, 75, lifelong resident of Pleasant Hill, was born August 20, 1942, in Pleasant Hill, the son of Thomas Lee and Georgia Mae (Blank) Foote. He departed this life Thursday, April 12, 2018, at his home surrounded with love and family.

On December 15, 1967, he was united in marriage to Sue Smith at the First Baptist Church in Pleasant Hill. She survives.

Bob is also survived by two daughters, Misty Morain of Windsor and Shelly Foote of Pleasant Hill; two granddaughters, Dani Gerken and Allie Gerken, both of Pleasant Hill; one sister Charlene (and James) Kessler of Northfield, Minnesota; several nieces, nephews, cousins and many many friends.

He was preceded in death by his parents; two brothers, Ronald Foote and Donald Foote; and one sister, Darlene Burris.

Bob owned and operated J.R. Foote Trucking in Pleasant Hill. Prior to owning is own company he had driven for Graves Truck Line, ANR Freight, Yellow Freight, and JeffCo. He was a proud member of the Teamsters Local #41. He enjoyed hunting, fishing, and coffee and breakfast with his friends. He was especially proud of his daughter Shelly and granddaughters, Dani & Allie. They were the lite of his life.

Visitation will be held 1:00 p.m. until service time at the funeral home on Friday.

Memorial contributions are suggested to the Alzheimer’s Association Heart of America Chapter and may be sent in care of the funeral home.