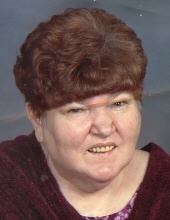 Janet Claudette Murphy of Harrisonville, Missouri was born July 13, 1950 in Moody, Missouri the daughter of Robert William and Bertha Burdena (Newberry) Murphy. She departed this life on Tuesday, February 11, 2020 at Research Medical Center, Kansas City, Missouri at the age of 69 years, 6 months and 29 days.

Janet was employed as an assembler for Cassco Area Workshop, Harrisonville, Missouri. She was a faithful member of Antioch Southern Baptist Church and was a graduate of Briarwood State School, Harrisonville. Janet never knew a stranger or forgot a face and was huge Kansas City Chiefs fan. She had lived in Moody, Missouri before moving to Harrisonville in 1964. Janet resided at Crown Care where she was a self appointed greeter. She enjoyed fishing, crocheting and knitting booties, scarves and pot holders.

She was preceded in death by her parents and her brother, Garry Murphy.

Funeral services were held Friday, February 14, 2020 at the Dickey Funeral Home, Harrisonille, Missouri with burial in the Orient Cemetery, Harrisonville.

The family received friends Friday, February 14, 2020 at the funeral home.
To order memorial trees or send flowers to the family in memory of Janet C. Murphy, please visit our flower store.