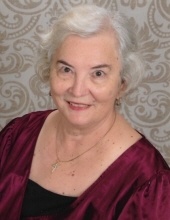 She grew up on a farm in Clifton Hill, Missouri. She learned the value of hard work from her parents, Samuel and Ruby and the value of boisterous fun from her three brothers and four sisters. Whether they were doing chores, tending to their animals and garden, chasing each other around the Missouri countryside, their home and lives were filled with love.

Janet graduated from Westran High School in Huntsville, Missouri in 1962, and then graduated from Northeast Missouri State Teachers College (now Truman State University) in 1966. She started her teaching career at Elm Grove Elementary, Independence, Missouri. Next, she led classrooms throughout the Kansas City suburbs of Fort Osage, Belton, Archie and Harrisonville. Her students remember many of her favorite lessons like the Bailey School Kids, marble roller coasters and binding their own books. She adored her students and peers, but she felt it was time for retirement in 2001. With Mrs. Bailey, once you were her student, she kept you in her heart always. Janet was called to be a Teacher and is fondly remembered by fellow Teachers, Student Teachers she mentored, Administrators and parents as much as their children.

A member of First Baptist Church of Harrisonville, she taught many years of 1st grade Sunday School, cared for many young ones in the nursery and found lifelong friends in her Adult Sunday School class. After retirement, she attended Mountain Ridge Baptist Church in Peoria, Arizona and met even more friends in Christ. She was truly a Child of God and lovingly raised her two daughters in God’s teachings.

She moved to the Phoenix, Arizona area after retirement to be near her daughters, Great Uncles and Aunts. Janet loved meeting new people, traveling with family and to family and entertaining guests in her new hometown. During this time, she welcomed a Son-in-Law and two Grandchildren who were the joys of her heart. The time she spent helping her Grandchildren grow was among the most magical of her life. The three of them were quite the team.

In addition to her parents, Janet was preceded in death by a brother, Donald Wages, sister, Janelle Wisdom, brothers-in-law Mike Stanley and Arlen Staab and nephew Kurtis Wages.