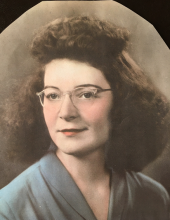 Jean Marie Smith Kiefer wrote much of her own obituary. She was born on February 12, 1927 in Powhattan, Brown County, Kansas and passed away Monday, September 21, 2020 at home in Harrisonville, Missouri. She was 93 years, 7 months, and 9 days young. Her service will be at the Dickey Funeral Home, Harrisonville, Missouri on Friday, September 25, 2020 with visitation from 12:00 Noon until 2:00 PM followed with Remembering and Singing.

Jean Marie was a registered nurse and was employed by Dr. Donald E. Frein at Harrisonville Family Medicine until her retirement and prior to that at Cass County Memorial Hospital as head nurse in the maternity ward. She was a member of Harrisonville United Methodist Church where she sang alto in the choir, taught Sunday School and was active in United Methodist Women and Lamplighters.

Jean Marie was a fiercely proud Kansan and American who believed strongly in the power of prayer and the Golden Rule and always put God first. She advocated for a healthy, natural diet, the environment and saving our precious home, planet Earth. She was the original homeschool teacher using every opportunity to educate and made sure all of her children had music in their lives. Jean Marie loved to rhyme and wrote many poems over the years.

Much of Jean Marie’s childhood was spent in Powhattan where she played basketball and her baritone horn. She sang alto in the Methodist church choir and in any group available. Her church activities included Sunday School and youth groups with their summer camps.

She was very active in the “Modern Sunflower” 4-H club from ages 10-18 and was a leader in the Creighton, Missouri club when her children were members.

Her mother urged her to join the Eastern Star at age 18 and she received her 75-year pin in April 2020 but was only active by paying her annual dues and continued that duty. She felt that her church participation with choirs, Sunday School teaching, and the United Methodist Women was adequate with her other obligations.

Jean Marie graduated from Powhattan High School in 1945 after attending all 12 years in the same building only 1 and ½ blocks from her home. Much of this was traveled on her bicycle with her faithful dog “Pluto” acting as guardian of both.

She attended both Kansas State and Pittsburg State before graduating from Bethany Hospital School of Nursing, Kansas City, Kansas in 1950 where she worked as the assistant to the Nursing Arts instructor before becoming supervisor of Pediatrics. She decided on her own pediatrics and married John D Kiefer, Jr. in 1953 and to that union was born six beautiful children. John D preceded her in death in October 2019. Also preceding her were Jeffrey Ray, her oldest son and his wife Mary Lucynde (Cindy), her parents, William Earl and Beatrice Marie Fletcher Smith and an infant sister, Miriam Ione Smith.

Jean Marie loved to sing, to write, especially rhymes about people, places, things and animals. Her mission was to call and sing Happy Birthday and Happy Anniversary to friends, family and members of her church family.

She especially enjoyed talking to her friend GOD! She will be remembered by some as a caring nurse and one who thought littering was disrespectful (to put it mildly!). She chose Dickey Funeral Home in 1969 after resuming her nursing career at Cass County Hospital following a 13-year sabbatical during which she was busy raising her children.


The family of Mrs. Jean Marie Kiefer requests that you wear a mask if you are attending the visitation or funeral service. The family also wants to practice social distancing.