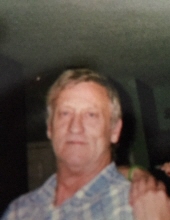 Jeffery was employed as a concrete finisher for many years. He was an avid TV watcher especially the Chiefs and the Royals, loved to fish which was his favorite activity, and did some woodworking. He loved sports and when he was younger he pitched in a Junior League and made the news in the local paper. Jeffery had a great arm but didn’t pursue the sport because life got in his way. He served in the Marine Corps for 10 years and was an excellent marksman in shooting. Family was very important to Jeffery and was the “favorite” uncle among his nieces and nephews.

He was preceded in death by his father, Arthur Cox who he was close to.

Family suggests memorial contributions may be made to the Training Center Christian School, Garden City, Missouri.

There will be a reception following the service at his sisters home, Lisa Seigler, 808 Orchid, Garden City, MO 64747

Funeral arrangements are under the direction of the Dickey Funeral Home, Garden City, Missouri.
To order memorial trees or send flowers to the family in memory of Jeffery Lee Cox, please visit our flower store.