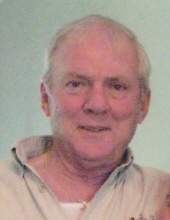 Jerry attended school in Dayton and Garden City, graduating from GCHS in 1963. He was a Boy Scout earning his Eagle rank in 1960, and spent many summers at H. Roe Bartle Scout Camp where he became a Brave in the tribe of Mic-O-Say. His tribal name was Red Blazing Fire. He was very proud when 45 years later his oldest grandson, Trevor, chose Grandson of Red Blazing Fire as his Mic-O-Say name.

On October 24, 1964, he married Sharon K. Sims and they were blessed with first a daughter, Jennifer, and then a son, Kyle. Later, he was additionally blessed with 4 grandsons. He was very proud of each of his kids and grandkids and enjoyed bragging about their accomplishments to others. He especially enjoyed letting his grandsons do things their parents wouldn't have encouraged!

After high school, he went into business with his dad, Joe, DBA McCulloh Builders. Later Kyle joined the business becoming the third generation of builders and developers. Together they built more than 100 homes in the Garden City area and businesses including the GC Medical Clinic, Dickey Funeral Home and the GC Community Building. Jerry was instilled with a strong work ethic and worked hard to provide for his family (even traveling to work on the Alaskan pipeline for a few frigid months when the building business was in a recession).

Jerry enjoyed trips to the Lake of the Ozarks, spending time boating, fishing, swimming, and skiing. His kids especially enjoyed hearing "Get up kids, get your suits on, get in the boat, the water's like glass" at 6:00 in the morning! He also had his pilot's license and loved the feeling that came when the plane lifted off into the air and the calm that came when cruising above the earth looking over the countryside.

Besides his parents, he was preceded in death by a brother, Michael Joe.

Jerry is survived by a daughter Jennifer (Joe) White and a son Kyle (Sheryl) McCulloh all of Garden City, MO, a brother Coburn (Deneise) McCulloh of Clinton, MO, four grandsons; Trevor, Tanner, and Trenton White and Kolton McCulloh and many more friends and relatives.

Jerry's wishes that in lieu of flowers memorial contributions may be made to honor his sister-in law, Deneise McCulloh to the KU Endowment for the MS program. If mailing the contribution please mail to Dickey Funeral Home, P.O. Box 432, Harrisonville, MO 64701
To order memorial trees or send flowers to the family in memory of Jerry D. McCulloh, please visit our flower store.