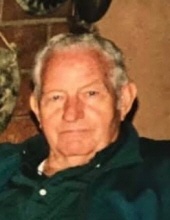 Jessie Gilbert Wooliver of Lee's Summit, Missouri was born October 27, 1929 in Salem, Missouri the son of Lincoln Charles and Cora (Mounce) Wooliver. He departed this life on Friday, April 19, 2019 at his home surrounded by love and family at the age of 89 years, 5 months and 23 days.

Jessie was employed as a warehouse worker for Kroger Groceries, St. Louis, Missouri until his retirement. He was an Army veteran of the Korean War. Jessie and Evelyn were "snow birds" to Brownsville, Texas every winter. He enjoyed planting flowers for Evelyn, being at the lake and to ride in his boat. In his younger days, Jessie enjoyed fishing and horseback riding.