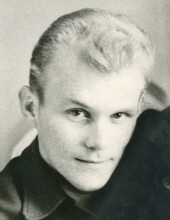 Jimmy Lee Mosley, 85, of Harrisonville, Missouri went to be with his Lord, Sunday, March 4, 2018 with his family by his side.

He was born October 28, 1932 in Havensville, Kansas the son of George and Delta Mosley. He attended school in Dayton, Missouri and served in the Army during the Korean War.

After returning from the war, Jimmy married Linda Cummins in 1956. Two daughters were born to this union, Jamie and Becky Mosley. Linda preceded him in death.

Jimmy married Helen Hayes Longacre in August of 2000 and they resided in Harrisonville.

Jimmy retired from GM Leeds after 30 years of service. He loved to hunt and fish and enjoyed having a garden. Jimmy was a member of the Abiding Love Baptist Church, Harrisonville.

Besides his parents, he was preceded in death by two sisters, Audrey Hill of Texas, Geraldine Cupp of Kansas City and a brother G.W. Mosley of California.

The family suggest that memorial contributions may be made t the Abiding Love Baptist Church Memorial Fund.

Services are under the care of Dickey Funeral Home, Harrisonville, Missouri.
To order memorial trees or send flowers to the family in memory of Jimmy L. Mosley, please visit our flower store.