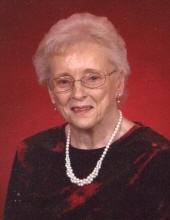 Sylvia Joan Sites was born October 4, 1936 near Green Ridge, Missouri left our earthly presence on August 25, 2020 with her daughters by her side.

Joan was born to James A. and Fern R. (Johnson) Kelly and was the oldest of 6 children. She was married to her loving husband, Herman Levie Sites on August 27, 1955 in Alexandria, Virginia. Together they raised 2 daughters, Jodie (Mark) Wilson and Rhonda (Tom) Branstetter. She leaves behind 5 grandchildren, LeAnn, John, Michael, Tyler and Jacob; 7 great-grandchildren, Colton, Clayton, Fallon, Sadie, Enzo, Garrett and Cillian; 25 nieces and nephews and a brother, Jim Kelly.

Besides her parents, she was preceded in death by her husband, Herman Sites on January 4, 2018; a grandson, Kelly Wilson and 4 siblings.

Joan was a steadfast member of Creighton United Methodist Church. Through the years she taught Sunday school and was a leader in the United Methodist Women’s Group. Joan was a supporter of all community events and volunteered at Sherwood Elementary School. She took on challenges in every aspect of her life firmly convinced God would be with her as she faced each challenge. Joan served the community as the daily operator of Sites Service Station often employing those who needed a job. She accepted the challenge of being the mother figure to both sides of her family after the passing of her mother and mother-in-law. Joan spent countless hours researching genealogy and community history to pass it on to younger generations.

Family was the heirloom quilt in Joan’s life. Joan was the thread that kept us all tightly bound together.


Funeral services were held Sunday, August 30, 2020 at the Dickey Funeral Home, Garden City, Missouri with burial in the Grant Cemetery near Creighton.

The family received friends Sunday, August 30, 202 at the funeral home.

Family suggests memorial contributions may be made to the Grant Cemetery Association or the Creighton United Methodist Church Memorial Fund.
To order memorial trees or send flowers to the family in memory of Joan Sites, please visit our flower store.