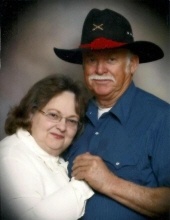 Judith Kay (Wilt) Feild was born December 17, 1950 in Harrisonville Missouri to Don and May Frances (King) Wilt. She departed this life on August 8, 2021 at OSU Medical Center in Tulsa, Oklahoma.

Judy graduated from Lee’s Summit High School in 1969. She was introduced to Calvin Feild at a square dance that year and they were married February 14, 1970. In 1972, they purchased a farm outside of Archie, Missouri and raised 5 children. She gave piano lessons to many students thru the years in addition to writing articles for the Archie Newspaper. She worked with the Cass County Historical Society and spent hours on extensive genealogy research. She was involved in the American Agriculture Movement of 1976-1977 working at a small office in Butler, Missouri. Later she worked for the Missouri Extension Office in Bates County, Missouri.

In 2000, they relocated to Verden, Oklahoma where Judy accepted the position as Lifestyles Editor for the Chickasha Oklahoma Express Star. Her interests included writing, playing piano, crosswords puzzles, embroidery, quilting and playing with her many grandchildren. She made several Quilts of Valor and donated them to veterans and active duty military personnel. She always made sure the new babies in the community received one of her baby quilts. Each of her children and grandchildren also received a quilt of their choice. At Christmas time, she baked several dozen oatmeal raisin cookies and delivered to neighbors. She was a member of the First Baptist Church of Lee’s Summit, Garden City, Archie and Chickasha. Judy enjoyed playing hymns on the piano.

Judy was preceded in death by her parents Don and May Frances Wilt.

Funeral services will be held 10:00 a.m., Monday, August 16, 2021 at the Dickey Funeral Home, Harrisonville, Missouri with burial in the Byler Cemetery near Creighton, Missouri.

A Celebration of Life Service will be held, Saturday, August 21, 2021 at 11am at the Plainview Mennonite Church, 2296 CS 2770, Verden, Oklahoma 73092. Lunch will be served afterwards then memories of Judith will be read.
To order memorial trees or send flowers to the family in memory of Judith "Judy" Kay Feild, please visit our flower store.