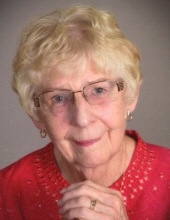 June Wright Cook of Harrisonville, Missouri was born June 2, 1939 in Hancock, New York the daughter of William P. and Marie (Lewis) Wright. She was ushered into heaven on Thursday, October 29, 2020 at her Missouri home at the age of 81 years, 4 months and 27 days after battling pancreatic cancer.

On December 27, 1958, June was united in marriage to Leo Cecil Cook in Hancock, New York.

Leo and June raised their family in Vernon Connecticut where Leo worked in agribusiness and June served in administrative roles in family medical practices. After Leo’s death in 2010, June lived winter months near Harrisonville, and warmer months at their home on Island Lake in Starrucca, Pennsylvania. She was a strong Christian woman with a servant’s heart. June was a member of the Shehawken United Methodist Church, Starrucca, Pennsylvania and the First Baptist Church, Archie, Missouri. She and Leo were founders of Deposit Closet a Christian based thrift store in Deposit, New York and was active serving at the Ministerial Alliance Thrift Store in Harrisonville. June always loved hosting family gatherings, family reunions and entertaining family and friends in both homes. She truly had the gift of hospitality. She and Leo loved to travel and traveled extensively throughout the United States. June was an avid youth and high school football fan and a New York Giants fan. In earlier years Leo and June served as volunteer family care givers with Hospice in upstate New York. June was also foundational in starting Grief Share classes in Archie, MO.

Besides her parents, she was preceded in death by her husband, Leo Cook on October 11, 2010, a daughter-in-law, Marie Cook and a brother, William P. Wright.

We are assured of Mom’s eternal destiny with Dad, celebrating with the saints, free of pain and sorrow and in a never-ending family reunion. We can hear her say, “How Cool Is That”!

Celebration of Life Service will be rescheduled at a later date at the Shehawken United Methodist Church, Dixie Hwy &, Scott Center Rd, Starrucca, PA 1846. Services times will be updated as soon at that information becomes available.

Family suggests memorial contributions may be made to the Shehawken United Methodist Church, Starrucca, Pennsylvania or the Harrisonville Ministerial Alliance Thrift Store.

Funeral arrangements are under the direction of the Dickey Funeral Home, Harrisonville, Missouri.
To order memorial trees or send flowers to the family in memory of June Wright Cook, please visit our flower store.