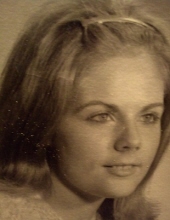 Katherine Ruth Chapman of Freeman, Missouri was born October 14, 1950 in Fort Lewis, Washington the daughter of Willis Charles and Margaret Jean (Dowie) Wheatley. She departed this life on Friday, April 6, 2018 at her home near Freeman surrounded by the love of her family at the age of 67.

In August of 1967, Katherine was united in marriage to Oather Chapman in Tacoma, Washington.

She was preceded in death by her mother Margaret.

No services are scheduled. Cremation has be accorded.

The family suggest that memorial contributions may be made to the American Cancer Society or to Crossroads Hospice and may be sent in care of Dickey Funeral Home, P.O. Box 432, Harrisonville, Missouri.
To order memorial trees or send flowers to the family in memory of Katherine Ruth Chapman, please visit our flower store.