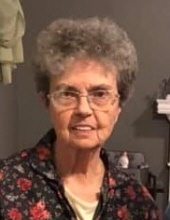 Mary Kathleen “Kathy” Powers of Garden City, Missouri was born August 1, 1940 in Fort Benning, Georgia the daughter of Frank and Jean (McCallin) Cassidy. She departed this life on Wednesday, May 20, 2020 at her home.

On December 28, 1958, Kathy was united in marriage to James “Jim” John Powers in Oceanside, California. To this union was born four sons.

In January 1971, Kathy accepted Jesus as her personal Savior. She enjoyed studying the Bible, gardening, quilting as well as spending time with her family. Kathy was very involved with starting the Pregnancy Center in Harrisonville.

Besides her parents, she was preceded in death by an infant grandchild and infant great-grandchild.

Private family burial will be held at the Clearfork Cemetery near Garden City, Missouri.

A Celebration of Life Service will be held at a later date.

Family suggests memorial contributions may be made to the Shiloh Center of Harrisonville, Missouri.

Funeral arrangements are under the direction of the Dickey Funeral Home, Harrisonville, Missouri.
To order memorial trees or send flowers to the family in memory of Kathy Powers, please visit our flower store.