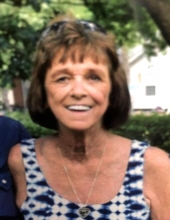 Lovana Kaye Antle, of Urich, Missouri was born September 17, 1950 in Wichita, Kansas the daughter of Gerald F. and Rowena (Helton) Wilson. She departed this life on Monday, April 16, 2018 surrounded by love and family at Kansas City Hospice House at the age of 67 years, 6 months and 30 days.

On June 29, 1969, Kaye was united in marriage to Richard Lynn Antle in Mulvane, Kansas.

Kaye was a beautician and owner of A Head Of Times in Wichita, Kansas until her and Richard moved to Kansas City, Missouri in 1988. Later she was a Hazard Waste Technician for Hazmat in Kansas City until her retirement in 2000. Kaye enjoyed crocheting, cooking, camping, gardening and loved traveling, especially to the Pioneer Woman Mercantile in Pawhuska, Oklahoma. Richard and Kaye had lived in Kansas City before moving to the home they built in 2004 near Urich, Missouri.

Kaye was preceded in death by her parents.

Family suggests memorial contributions may be made to the Kansas City Hospice House.

Funeral arrangements are under the direction of the Dickey Funeral Home, Garden City, Missouri.
To order memorial trees or send flowers to the family in memory of Kaye Antle, please visit our flower store.