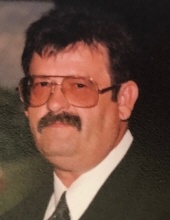 On May 3, 1998, he was united in marriage to Janice Louise (Rosanbalm) Palmer in Pleasant Hill. They were happily married for twenty-two years.

Keith was employed as an electrician for the IBEW Local #124 in Kansas City from November 11, 1970 until his retirement. He was a former member of the Grandview Jay-Cee’s and was a Deacon at the Community of Christ Church, Pleasant Hill. He enjoyed hunting, fishing, riding four wheelers, traveling, cruises, spending time with his grandchildren, and a good game of Domino’s.

Keith was preceded in death by his parents; his step-father Don Rhinehart; and one sister, Jane Allen.

Memorial contributions are suggested to the Community of Christ Church, Pleasant Hill, and may be sent in care of the funeral home.

Online condolences may be sent to the family at www.stanleydickeyfuneralhome..com