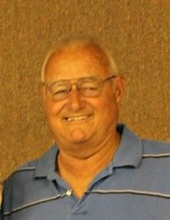 On April 23, 1964, Kenneth was united in marriage to Gladys Bonar in Garden City, Missouri.
Kenneth was a life-long farmer raising pigs and cattle. He was also a truck driver hauling milk for many years and later retired from Material Transport in 2009. He loved to be outside checking his cows but his greatest joy was spending time with his grandchildren and now great grandchildren.

No services are planned at the request of the deceased.

The family requests memorial donations may be made to the Byler Cemetery and sent in care of the Dickey Funeral Home, P.O. Box 432 Harrisonville, Missouri 64701.
To order memorial trees or send flowers to the family in memory of Kenneth L. Poisal Sr., please visit our flower store.