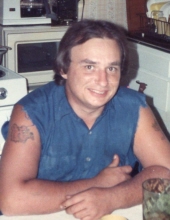 Kevin Wayne Dawson of Harrisonville, Missouri was born May 14, 1963 in Clinton, Missouri the son of Bernie Lee Dawson and Donita Faye (Pulliam) Dawson. He departed this life on Thursday, August 2, 2018 as a result of a motorcycle accident near Lee's Summit, Missouri at the age of 55 years, 2 months and 19 days.

Kevin started his career at Marley Cooling and was later was employed at Johnnie's Collins Phillips 66 Service in Harrisonville until his early retirement in 2010. He enjoyed spending time with his family and friends, fishing and teasing his 5 nephews. His pride and joy was his motorcycle.

He was preceded in death by his mother, Donita and his niece, Misty Atwood.

The family will receive friends Thursday, August 9, 2018 from 10:00 a.m. - 11:00 a.m. at the funeral home.
To order memorial trees or send flowers to the family in memory of Kevin Wayne Dawson, please visit our flower store.