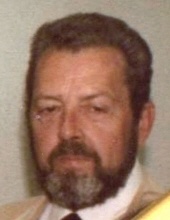 Larry Gene Israel of Harrisonville, Missouri was born June 26, 1936 in Louisburg, Missouri the son of Cleo and Beatrice (Ford) Israel. He departed this life Monday, August 12, 2019 at Meadowview of Harrisonville Health and Rehabilitation at the age of 83 years, 1 month and 17 days.

On Decembeer 26, 1979, Larry was united in marriage to Teresia Diana Farthing in Miami, Oklahoma.

Larry was employed as a machinist for Honeywell in Kansas City, Missouri until his retirement in 1987. He was an Air Force veteran.

Besides his parents, he was preceded in death by a step-son, Donald Lewis.

Services are under the care of Dickey Funeral Home, Harrisonville, Missouri.
To order memorial trees or send flowers to the family in memory of Larry Gene Israel, please visit our flower store.