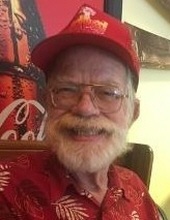 Larry Lee Ore, 79, of Pleasant Hill, Missouri, was born, October 2, 1940, in Waverly, Kansas, the son of Watson Morefield and Lela Merle (Shobe) Ore. He departed this life, Monday, February 24, 2020, at his home surrounded with love and family.

Larry was a 1959 graduate of Washington High School in Bethel, Kansas. He was a United States Navy and Air Force Reserve Veteran.

On February 18, 1967, he was united in marriage to Barbara Ernestine Rebmann in Kansas City, Kansas.

Larry was an Electrical Technician for Western Electric in Lee’s Summit until 1987. He and Barbara moved to California and bought a Unical full-service filling station and operated it for three years before returning to Missouri. He then went to work for Clay and Bailey Manufacturing in Kansas City until his retirement in 2003. He was a member of the Pleasant Hill Church of Christ and the Kansas City Fiero Owners Group. He enjoyed tinkering and working on anything mechanical or electrical; he could fix anything. In recent years he would purchase antique clocks, fix them, and gave them as gifts to his family and friends.

Larry was preceded in death by his parents and one sister, Linda Hill.

Memorial contributions are suggested to the Fairhaven Children’s Home and may be sent in care of the funeral home.