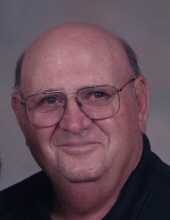 On June 26, 1959 Leroy was united in marriage to Shirley Francis Wade in Kansas City, Missouri.

Leroy was employed as an assembler for General Motors - Leeds Plant in Kansas City, Missouri until his retirement in 1990. He was an Air Force veteran. Leroy was a member of the First Christian Church, Garden City, Missouri and UAW Local# 93, Kansas City, Missouri. He enjoyed Labrador retrievers, Chevrolets, watching football and baseball games (Clemson Tigers, Kansas City Chiefs and Royals), the outdoors, fishing, hunting, American history, going on road trips, and growing flowers and vegetables in his garden. Leroy and his wife, Shirley helped with Friendship Meals in Garden City. He lived in Independence, Missouri before moving to Garden City in 1975.

Besides his parents, Leroy was preceded in death by his wife, Shirley on May 10, 2019 and his brother Talmadge Russell Jr.

He is survived by a son, Gary D. Russell and his companion, Allison, Garden City, Missouri; a daughter, Lori L. Russell, Woodbridge, Virginia; two grandchildren, Sarah Thomas and Christopher Chiodo and wife, Megan; two great-grandchildren, Skylar and Brynlee; other relatives and a host of friends.

Cremation. A private graveside memorial service will be held at a later date under the care of Dickey Funeral Home, Garden City, Missouri.
To order memorial trees or send flowers to the family in memory of Leroy Dale Russell, please visit our flower store.