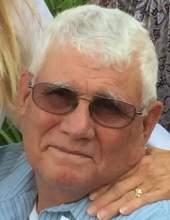 Leslie “Les” David Willey, of Cleveland, Missouri was born March 19, 1947 in Kansas City, Missouri the son of William Ragan and Mary Amelia (Kempinger) Willey. He departed this life on Monday, January 25, 2021 at his home surrounded by love and family at the age of 73 years, 10 months and 6 days.

On September 23, 1965, Les was united in marriage to Judith Lee Crooks in Harrisonville, Missouri.

Les was part owner and operator of Willey Disposal Inc. in Cleveland, Missouri. He loved to hunt, fish, and spend time with his grandchildren and friends.

Besides his parents, he was preceded in death by 2 brothers, Sonny and Wayne Willey.

Kansas City Pig Rescue Network and may be made through www.paypal.me/KCPRN or venmo@kc-pigrescuenetwork.

Funeral arrangements are under the direction of the Dickey Funeral Home, Harrisonville, Missouri.
To order memorial trees or send flowers to the family in memory of Leslie "Les" David Willey, please visit our flower store.