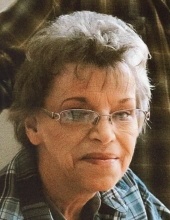 Linda Kay Fisher, of Harrisonville, Missouri was born December 29, 1949 in Stover, Missouri the daughter of Harvey and Verna Mae (Wasson) Richardson. She departed this life on Sunday, June 16, 2019 at Research Medical Center, Kansas City, Missouri at the age of 69 years, 5 months and 18 days.

On November 9, 1968, Linda was united in marriage Carl Floyd Fisher in Waynesville, Missouri

Linda was employed as an assembler at Petersons in Grandview, Missouri. She loved her family very much and enjoyed being a loving wife and companion, mother, grandmother and great-grandmother.

Besides her parents, she was preceded in death by an infant son; two brothers, Wayne and Ray Richardson and a sister, Betty Lefever.

Funeral services were held Saturday, June 22, 2019 at the Dickey Funeral Home, Garden City, Missouri with burial in the Garden City Cemetery.
To order memorial trees or send flowers to the family in memory of Linda Kay Fisher, please visit our flower store.