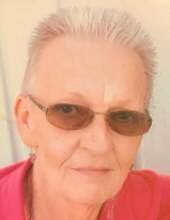 Linda was homemaker and wonderful supportive mom. She enjoyed, gardening, traveling, keeping a tidy home, and an occasional cold beer. More than anything she loved to take care of others, especially her family.

Linda was also preceded in death by her parents.

She is survived by her husband Bill Warren of Pleasant Hill; two sons, Mike (and Stacey) Warren of Gunn City, and Brian (and Brenda) Warren of Mount Ary, Maryland; three daughters, Darrah (and Michael) Dayson of Kansas City, Carrie (and fiancé Darren Murray) McHenry of Harrisonville, and Ginger Wheeldon of Indiana; 11 grandchildren; 5 great grandchildren; many relatives and friends.

Cremation has been accorded. A Celebration of Life will be held later this spring.

Memorial contributions are suggested to the Disabled American Veterans (D.A.V.) or the American Red Cross and may be sent in care of the funeral home.