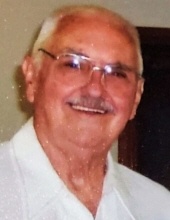 On May 7, 1951, he was united in marriage to Christine Lewis Bowman in Butler, Missouri. She preceded him in death on October 6, 1978.

Les had been employed as a Police Officer for the cities of Pleasant Hill, Knob Noster, and Lake Winnebago. He had also served with the motorcycle police division in Kansas City. He was also a jack-of-all-trades and gifted in all trades including painting and car repair. He enjoyed riding horses, motorcycle riding, fishing, and watching wrestling. He especially loved spending time with family and his dog Missy.

Les was also preceded in death by his parents, and one daughter, Charlotte Ann Stewart.

Graveside services and interment will be held 11:00 a.m. Wednesday, April 28, 2021,at the Pleasant Hill Cemetery.