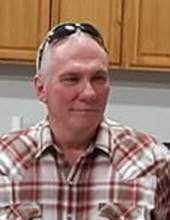 Mark Allen Land of Appleton City, Missouri was born September 10, 1959 in Kansas City, Missouri the son of Richard Lee and Wanda Lea (Chitwood) Land. He departed this life on Sunday, August 19, 2018 in Topeka, Kansas at the age of 58 years, 11 months and 9 days.

On February 21, 2002, Mark was united in marriage to Bonnie Smith in Springfield, Missouri.

Mark was employed as a Mine Inspector for the US Government where he was on the Mine Safety and Rescue Team. He loved racing and driving his race cars, keep busy with projects and was known to give people random stuff. Mark was a family man and his greatest enjoyment was spending time with his family and grandsons.

Besides his parents, he was preceded in death by his wife, Bonnie Land on November 28, 2011; two brothers, Richard Wade Land and Robert S. Land.

Visitation was held Friday, August 24, 2018 at the Dickey Funeral Home, Harrisonville, Missouri with cremation to follow.

Family suggests memorial contributions may be made to the American Heart Association.
To order memorial trees or send flowers to the family in memory of Mark Allen Land, please visit our flower store.