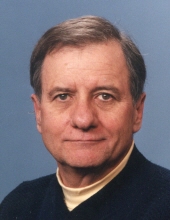 Martin “Marty” B. Fisher of Harrisonville, Missouri was born March 6, 1942 in Watson, Missouri the son of Joseph William and Dorothy Madeline (Stanton) Fischer. He departed this life on Saturday, December 21, 2019 at Redwood of Raymore, Missouri at the age of 77 years, 9 months and 15 days.

On September 29, 1962, Marty was united in marriage to Rose Ann Watson in Easton, Missouri.

Marty was a Glazier and a member of the Glazier’s and Glassworker’s Local Union #558, Raytown, Missouri until his retirement in 2006. He loved riding motorcycles, dirt bikes and was a big fan of cars especially his 1965 Mustang. Marty enjoyed collecting coins, hunting, fishing, was a buyer and seller of anything and was a deal finder. He was a big Kansas City Royals and Chiefs fan. Marty was a great husband, father and grandfather, loved his grandchildren and animals.

Besides his parents, he was preceded in death by 2 stillborn children and a sister, Sharon Little.

Marty is survived by his wife Rose Fischer of the home; two sons, Scott A. Fischer and his wife Stephanie of Independence, Missouri, and Paul M. Fischer and his wife Gina of Overland Park, Kansas; four grandchildren, Jacob, Megan, Morgan, and Eryn; five great grandchildren; a brother, Nicky Fischer of Corpus Christi, Texas; a sister, Judith Binder of Denver, Colorado; other relatives and many friends.

The family suggest that memorial contributions may be made to the Abiding Love Baptist Church Memorial Fund.
To order memorial trees or send flowers to the family in memory of Martin B. "Marty" Fischer, please visit our flower store.