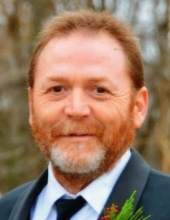 On June 4, 1980, he was united in marriage to Deborah Kay Walker in Independence.

Merlin was employed as Machinist for New Tech in Kansas City later working as a Maintenance Technician for Eagle Point Management in Kansas City. He enjoyed hunting and fishing and especially loved spending time with his grandchildren.

Merlin was preceded in death by his father, Elvis Sullins and his stepfather, Larry Raymond Burton.