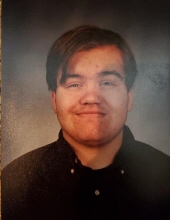 Michael grew up in Independence and was a 2004 Andrew Drum High School graduate.

While in high school Michael worked for the Price Chopper at 23rd and 291 in Independence. In his younger years he enjoyed karate and playing soccer. He also enjoyed playing video games, collecting baseball and football cards, sports cars, and muscle cars.

Michael was preceded in death by his father Michael Emanuel and his maternal grandparents Howard and Jo Ann Sunderland.

A memorial service will be held 3:00 p.m. Saturday, August 21, 2021, at the Stanley-Dickey Funeral Home. Reverend Brent Blaise will officiate.

Visitation will be held from 2:00 p.m. until service time at the funeral home.

Memorial contributions are suggested to the American Diabetes Association and may be sent in care of the funeral home.