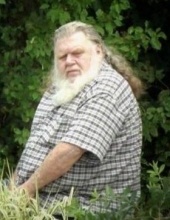 After a short but hard fought battle, Michael “Mike” E. Sites passed away Wednesday, August 12, at Grossman Burn Center with family by his side.

Mike is survived by his daughters Angie Williams of Garden City and Annette Hendrickson of Raytown, his grandchildren Brett Cox, Lyndsay Cox, and Bobby Williams, and brothers Pat (Sandy) Sites of Peculiar and Ralph (Linda) Sites of Clinton. In addition to his immediate family he will be sorely missed by his sisters-in-law, brothers-in-law, many nieces and nephews, extended family and friends.

Besides his parents, he was preceded in death by the love of his life, Cheryl (Gary) Sites, son-in-law Russ Hendrickson, son-in-law Robert “Bob” Williams III, and brothers Bob, Herman, Max, Milton, and Everett “Fuzz” Sites.

Mike, the youngest of eight sons of John Theodore and Lucy Mae (Crotchett) Sites, was born February 16, 1951 in Harrisonville, MO. He graduated from Sherwood High School in 1969. He was united in marriage to Cheryl Gary October 24, 1970 and together they raised their two daughters Angie and Annette. Mike retired from Sprint Corporation after 30 years of service in 2002 and was a member of the Masonic Lodge in Leeton, Missouri.

Mike enjoyed spending time with his “girls”, grandchildren, and extended family. He was an avid Grandpad user and loved to watch YouTube to see the latest hillbilly banjo production. He took pride in his ability to troubleshoot - from broken toys to broken hearts Mike always had a solution.

Mike was devoted to his family and without question or judgment would provide advice, comfort, shelter or an “ass chewing” if you needed it. Shortly before his death, his family and friends were asked to describe him. The responses were loyal, ornery, stubborn, funny, generous, strong, respected, kind, a warrior, protective and Best Dad... There is no better way to describe him. In keeping with his loving and generous spirit, Mike’s final act was to give the gift of life through cornea and bone donations.

Never take a single moment for granted... accept the hug, say I love you, and embrace your blessings.

Funeral services were held Monday, August 17, 2020 at the Dickey Funeral Home, Garden City, Missouri with burial in the Grant Cemetery near Creighton, Missouri.

The family received friends Sunday, August 16, 2020 at the funeral home.

Family suggests memorial contributions may be made to the Grant Cemetery Association.
To order memorial trees or send flowers to the family in memory of Michael E. Sites, please visit our flower store.