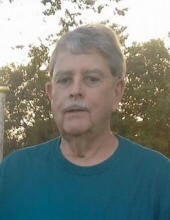 Michael “Mike” Stephan Maher, of Harrisonville, Missouri was born February 4, 1949 in Kansas City, Kansas the son of Joseph and Trena (Burgess) Maher. He departed this life on Monday, November 11, 2019 at Meadowview of Harrisonville Health and Rehab at the age of 70 years, 9 months and 7 days.

On December 28, 1968, Mike was united in marriage to Charlotte Carol Bray in Kansas City, Kansas.

Mike was employed as a supervisor for KCP&L of Kansas until his retirement in 2013. Earlier he taught auto parts and machine shop at the Cass Career Center, Harrisonville. He was a member of Our Lady of Lourdes Catholic Church, Harrisonville. Mike was a Ford guy, loved anything with a motor in it especially his 2003 Mustang Cobra. He loved to hunt, fish and his dog. Mike was a family man and loved his wife, children and grandchildren. He was a great husband, dad and granddad.

Besides his parents, he was preceded in death by a brother, Joseph Maher Jr.

Mike is survived by his wife, Charlotte Maher of the home; a son, Jason Maher and wife Stacey, Adrian, Missouri; a daughter, Dawn Sousley, Harrisonville, Missouri; 6 grandchildren, Zachary, Alex, Addison, Ryan, Gage and Cooper; other relatives and many friends.

Family suggests memorial contributions may be made to Our Lady of Lourdes Catholic Church Memorial Fund.
To order memorial trees or send flowers to the family in memory of Michael "Mike" S. Maher, please visit our flower store.