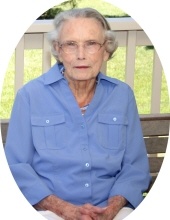 Mildred M. (Millie) Smith Fannan 88, Olathe, KS passed away Thursday, September 20, 2018 at the Olathe Hospice House with her family by her side.

Millie was born January 19, 1930 in LaCygne, KS, the 8th of 10 children of Harry and Bertha Smith. On June 23, 1947, she married James M. Fannan in Olathe, Kansas. During their early years of marriage, Jim and Millie traveled extensively throughout the Midwest and South as Jim worked pipeline construction. In 1958 they settled in Freeman, MO and then moved to Harrisonville, MO in 1993. In 2016, they moved to Olathe, KS to be closer to family.

Millie was a devoted Christian, reading scriptures every day. She was baptized at the Freeman Christian Church on March 20, 1960 where she served as a Sunday School Teacher, Vacation Bible School Teacher and a Deacon.

Millie was a devoted wife and mother who valued education. She continued to learn all her life, setting an example for her children to pursue additional education. Millie was a homemaker and the focal point of all her family’s activities. Her passion was spending hours on the phone with her family and friends keeping them connected. She was a proud member of The Miami Tribe of Oklahoma. Millie had a great sense of humor and loved to laugh.

The family suggests anyone wishing to make a donation in Millie’s memory may send it to the Olathe Health Hospice House.
To order memorial trees or send flowers to the family in memory of Mildred M. Fannan, please visit our flower store.