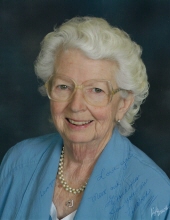 Nancy was employed as an police officer for the City of Lee's Summit, Missouri until her retirement in 1986. Earlier, she was a Deputy Sheriff for the Butte County Sheriff's Department in Orville, California.

She was a member of the East Lynne Baptist Church, Past Matron and member of Ivy Leaf Chapter of the OES, Pleasant Hill, Missouri and Past Worthy High Priestess of White Shrine #26, Harrisonville. Nancy received her Associate Degree in law enforcement and was a 1978 graduate of Chico State University, Chico, California. After her retirement she enjoyed helping people and making weekly trips to Harvesters in Kansas City.

Besides her parents, Nancy was preceded in death by her brother, Richard and her step-brother, Blake.

The family suggest that memorial contributions may be made to St. Jude's Hospital or charity of one's choice.
To order memorial trees or send flowers to the family in memory of Nancy Lou Scott, please visit our flower store.