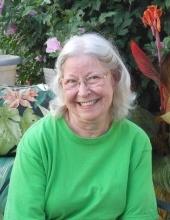 Naomi A. Hargis of Harrisonville, MO was born December 4, 1930 in Marshalltown, IA, the daughter of Elmer James and Ruth Elizabeth (Ankrum) Collins. She departed this life on Monday, June 1, 2020 at Research Medical Center in Kansas City, MO at the age of 89 years, 5 months and 28 days.

On October 22, 1949 Naomi was married to Robert Daniel "Danny" Eastman in Altoona, IA. Naomi was a homemaker and a healthcare professional, previously employed by Camden Nursing Home as a Certified Nursing Assistant, and as a manufacturing associate with Halman International, Inc., both . in Harrisonville.

Naomi attended high school in Marshalltown IA, before moving to Harrisonville in 1961. She believed on the Lord Jesus Christ on March 2, 1978, and thereafter became a member of the Worship Center in Harrisonville

Naomi was remarried to Louie Elton Hargis in Harrisonville on August 17, 1985. Besides her parents, she was preceded in death by her brothers, Carroll Clapsaddle and Jay Collins of Marshallrown, Iowa, and Robert Collins of Cameron, MO; by her first husband, Danny Eastman; by her second husband, Louie Hargis on September 17, 2003, and by her eldest son, Martin Eastman of Orlando, FL on February 14, 2011.

Funeral services were held Saturday, June 6, 2020 at the Dickey Funeral Home, Harrisonville, Missouri with burial in the Orient Cemetery, Harrisonville.

The family received friends Saturday, June 6, 2020 at the funeral home.

Family suggests memorial contributions may be made to Hope Haven in Harrisonville.
To order memorial trees or send flowers to the family in memory of Naomi Ann Hargis, please visit our flower store.