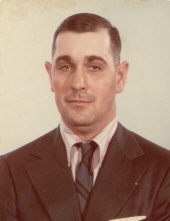 Norman Howard Cox of Garden City, Missouri was born October 13, 1935 near Latour, Missouri the son of Roy A. and Lucy Frances (Smith) Cox. He departed this life on Friday, November 29, 2019 at Research Medical Center, Kansas City, Missouri at the age of 84 years, 1 month and 16 days.

Norman attended Index Country School until the first grade. Because of his disabilities he left school and helped his parents on the family farm. The farm was sold in 1977 and Norman and his parents moved to Garden City, Missouri. Norman attended with his parents the First Christian Church, Garden City where he was baptized and was a faithful member. After the death of his parents, Norman attended the Salvation Lutheran Church, Harrisonville, Missouri with his cousin Gary Smith until his death. He enjoyed taking classes with Pastor Jeffrey Young in Christian doctrine. In 1988 Norman went to work at Cassco Area Workshop as an assembler. He loved his job at Cassco and retired in September of 2018. As his health declined he moved in to Crown Care Center in Harrisonville and continued going to church with the Smith Family. He loved his church, never knew a stranger, loved to talk and visit and was always happy.

Norman was preceded in death by his parents, Roy and Lucy.

Norman is survived by his cousins.

The family suggest that memorial contributions may be made to Cassco Area workshop and may be sent in care of Dickey Funeral Home, P.O. Box 432, Harrisonville, Missouri 64701.
To order memorial trees or send flowers to the family in memory of Norman Howard Cox, please visit our flower store.