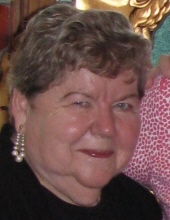 Patricia “Patsy” Francine Evans Calvin Hoit, of Lee’s Summit, Missouri was born September 24, 1941 the daughter of Raymond and Joyce (Boyles) Evans. She departed this life on Saturday, June 22, 2019 at the Season’s Care Center, Kansas City, Missouri at the age of 77 years, 8 months and 27 days.

Patsy was a bookkeeper for St. Mary’s Hospital in Blue Springs, Missouri and later for several doctor offices. She loved children and would volunteer in the nursery at the churches she attended.

Besides her parents, she was preceded in death by her first husband, Kenny Calvin on January 18, 1997; a sister, Theresa Bennett.

She is survived by a son, Dean Calvin and wife Christy, Lee's Summit, Missouri; a granddaughter, Cassidy Calvin; two sisters, Donna Jones and husband David and Barb Jones and husband Bob; other relatives and many friends.


Cremation. A Celebration of Life Service will be 7:30 p.m., Monday, July 1, 2019 at the Dickey Funeral Home, Harrisonville, Missouri.

Family suggests memorial contributions may be made to the Alzheimer's Association.
To order memorial trees or send flowers to the family in memory of Patricia "Patsy" Evans Calvin Hoit, please visit our flower store.