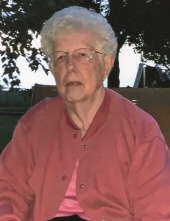 Patsy was born May 29,1937 in Wellington, Kansas the daughter of Albert J. and Ruby G (Reddout) Pottier.

Patsy was employed at Gas Service of Kansas City, Missouri as Supervisor -Telephone center for 25 years, retiring in 1993. She was a 1955 graduate of Wellington High School, Wellington, Kansas, and a member of the Creighton United Methodist Church. Later she was employed for many years by Cass County Libraries, where she was in the book club. She enjoyed reading, loved cooking and was an awesome seamstress. Patsy also enjoyed the outdoors from gardening, to planting flowers, watching the hummingbirds or even the chickens that would visit her in the bay window, as she would say “those were her friends for the day “and spending time with her grandkids, family, and friends.

She is survived by her son Richard (Kathy) Atwood, Columbia, Tennessee; granddaughter, Tina Wulff (Smith) of the home; sister, Betty Frambers (Pottier) and brother, David Pottier and wife Linda all of Wellington, Kansas; son-in-law, Ronnie Smith, Independence, Missouri; nieces and nephews; many grandchildren and great-grandchildren; other relatives and many friends.

Family will receive friends from 1:00 p.m. until 2:00 p.m., Tuesday, January 18, 2022 at the funeral home.
To order memorial trees or send flowers to the family in memory of Patsy Darlene Egersett, please visit our flower store.