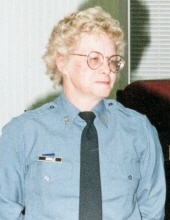 In 1967 she was united in marriage to Joe Nickle in Kansas City. They later divorced.

Paula was preceded in death by her parents and four sisters, Cece Lawless, Elizabeth Laffoon, Rita Goodwin, and Patricia Livingston.

She is survived by her brother Richard Torrey of Sarasota, Florida; several nieces and nephews; other relatives and friends.

Per her wishes cremation has been accorded.

A Celebration of Paula’s life will be held at a later date. Location and time will be published here when that information becomes available.