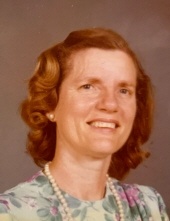 Alice Marie (Peggy) Campbell (83) of Garden City, Missouri, went to be with her lord and savior on Saturday, June 27, 2020. Peggy was born in Pickering Missouri on August 7, 1936 to Clayton and Lela Peters. She was united in Holy Matrimony to Walter Ray Campbell on September 19, 1954, in Topeka, Kansas. Peggy loved her family and friends and enjoyed cooking and loved bird watching. Peggy was a member of the American Legion Post #498 of Garden City, Missouri.

Peggy was preceded in death by her parents, Clayton and Lela Peters, her brother Frank Peters and her sister Lula Carnes.

Peggy is survived by her husband Walter Ray Campbell of the home, her brother Fred Peters(Carol) of Maryville, Missouri and her daughter Rhonda Rae Cella (Joe) of Adrian, Missouri. Peggy is also survived by 3 grandchildren, and 6 great-grandchildren. She will be missed by her family and friends.

Due to the COVID 19 outbreak, a celebration of life will be at a later date.

In lieu of flowers, the family requests donations be sent to the Cancer Society or the Alzheimer’s Research Fund.

Funeral arrangements are under the direction of the Dickey Funeral Home, Harrisonville, Missouri.
To order memorial trees or send flowers to the family in memory of Peggy Campbell, please visit our flower store.