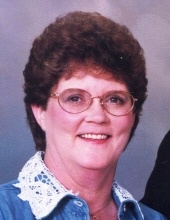 Peggy Jane James, of Garden City, Missouri was born June 3, 1947 in Kansas City, Missouri the daughter of Harris and Ila May (Jones) Gross. She departed this life on Thursday, November 7, 2019 at the St. Luke’s East Hospital Lee’s Summit, Missouri surrounded by love and family at the age of 72 years, 5 months and 4 days.

Peggy was united in marriage to Kent Schrock and to this union was born one son, Karl Kent Schrock. Later, she married John James on February 11, 1972 in Harrisonville, Missouri.

Peggy attended Garden City Elementary School and Garden City High School. She was a member of the Garden City United Methodist Church. Peggy worked many years at Irene’s Harvest House, Harrisonville before owning and operating Johnnie’s Liquors until her retirement. Upon retirement, Peggy and John moved back to Garden City where they enjoyed many years of spending time with family and friends. One of Peggy’s biggest joys was entertaining. For years, Peggy and John had the “Gang” over every Sunday to watch the Chiefs. Later, the “Gang” started meeting on Monday evenings for Tacos – a tradition that still continues.

Besides her parents, she was preceded in death by her husband, John James on June 30, 2015.

Funeral arrangements are under the direction of the Dickey Funeral Home, Harrisonville, Missouri.
To order memorial trees or send flowers to the family in memory of Peggy Jane James, please visit our flower store.