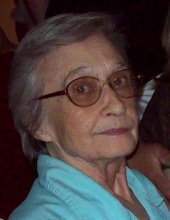 Peggy was employed as a product assembler for Calmar in Lee's Summit, Missouri until her retirement on January 1, 2001. She enjoyed NASCAR, doing crossword puzzles, reading and family gatherings. Peggy was a lifelong Cass County resident.

Besides her parents, she was preceded in death by her daughter, Betty Jo Burton on July 10, 2016; two sisters, Barbara Ball and Dottie Wagner.

Family suggests memorial contributions may be made to Serenity Care Hospice.

Funeral arrangements are under the direction of the Dickey Funeral Home, Harrisonville, Missouri.
To order memorial trees or send flowers to the family in memory of Peggy Lou Burton, please visit our flower store.