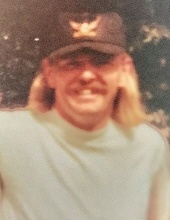 Ray was a gifted self-employed automechanic. He enjoyed hunting, fishing, and riding his Harley-Davidson.

Raymond was preceded in death by his mother, Drucella (McKissick) Bowland; his sister, DeLinda Roe; and one step-sister, Christine Carver.

He is survived by his son Raymond Kidd of Iowa, and one daughter, Lindsey Vaughn of Iowa; one sister, Tina (and Mike) Fowler of Raymore, one stepbrother, Tom (and Ruby) Bowland of Olathe; Kansas; two step-sisters, Lora (and Gary) Blatt of Lee’s Summit, Missouri, Catherine Hamilton of Lenexa, Kansas; nephews Justin Falls of Peculiar, Missouri and Nick Misner of Raymore; one uncle, Charles McKissick of Marshall; three cousins, Debbiee McKissick, Patty Merchant, and Stacy Norris, all of Marshall; other relatives and friends.

Cremation has been accorded. Private family services will be held at a later date. Inurnment will be in Ride Park Cemetery, Marshall, Missouri.