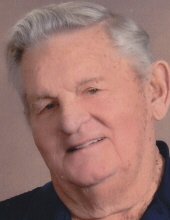 Tag was employed as a Lineman for KCP&L retiring in 1993. He had been an active member of the First Baptist Church in Pleasant Hill. He enjoyed coaching kid’s baseball, collecting unique and different items, and a good auction. Most importantly he enjoyed spending time with his family.

Tag was also preceded in death by one son Chris Ford on May 15, 2009; one brother, George “Bud” Ford; and one sister, Charlene Thompson.

A memorial service was held Thursday, June 7, 2018, at the Stanley-Dickey Funeral Home. Reverend Wyatt Shanks will officiate. Inurnment will follow in the Pleasant Hill Cemetery.

Memorial contributions are suggested to the Pleasant Hill Lay Clergy Food Pantry and may be sent in care of the funeral home.